In 1983, the Lutheran Church of America decided to establish a Mission Congregation in Montgomery. Pastor Sterling Nelson served as the lead developer in this effort canvassing the city for prospective members. In 1985, he conducted the first worship service at Catholic High School, and the LCA purchased property in Montgomery for a future church site. The fledgling Lutheran Mission Congregation continued to meet and attract members until it was finally chartered as Messiah Lutheran Church on January 29, 1988—with 179 communing members.

In 1990, a building program, called the “Messiah on a Mission” campaign commenced. The campaign culminated on October 20, 1991, with groundbreaking ceremonies for a new church facility. Messiah’s members enlisted the support of Mission Builders—a mobile group of Lutheran church construction volunteers—who descended upon Montgomery in their travel homes to provide manpower.

By June 1992, the physical structure was visible and the excitement was palpable. Completed the following year, Messiah was dedicated on May 23, 1993. The rest of the decade witnessed the emergence of all of the ministries and activities associated with a typical Lutheran congregation.

In February 1999, Pastor Nelson retired. The Church Council then initiated a call process to find a new Pastor. Synod leaders acknowledged the difficulty in attracting a full-time pastor to a region and culture where Lutheranism is still seen as a curiosity. Nonetheless, the Synod expressed confidence given Messiah’s prayerful Christian character and stable core membership.

Following a diligent search, a Congregational meeting was convened on June 27, 1999,for the purpose of voting on issuing a Pulpit Call to Pastor Randy Jones—the motion passed unanimously. On August 28, Pastor Randy was ordained in Atlanta, and on September 12, 1999, he was installed at Messiah. Pastor Randy’s arrival had an immediate salutary effect upon the congregation, and was a major factor in the nearly 12 percent growth in membership during his first year.

The strengths of the pastor, the various spates of growth, and the church’s manifest Christian fellowship did not absolve Messiah of defining a clearer mission for itself in the local community or of its constant worries about mounting financial concerns. By the summer of 2001, a new challenge and opportunity arose that would indelibly affect the lives of two congregations. After several months of informal discussions, on August 6, Messiah’s Executive Committee met with representatives of Our Redeemer Lutheran Church to consider a merger of the two congregations. The respective Councils’ recognized the enormous amount of work, prayer, time, and commitment required from all parties to accomplish this task. Documents that describe this period reveal a range of concerns, anxieties, and fears within both congregations—but such apprehensions were subsumed by a strong belief that the Holy Spirit was guiding all decisions, and by a humble certitude that God’s will would prevail. On January 1, 2002, Messiah Lutheran Church and Our Redeemer Lutheran Church merged their ministries and congregations and became a single, revitalized member of the Body of Christ.

The next few years entailed organizing new activities, forming new relationships doing the work necessary to create a “new” church. Beginning in March 2007, several church members, especially pastors Randy and Ed Beckstrom, got serious about providing a new cross for the chancel. In July, Ed accepted the charge to carve a suitable cross. After acquiring the desired pieces of yellow poplar, he performed the task in just under three weeks. The finished product, dubbed “Our Victorious Messiah Cross”, was dedicated and raised on October 11, 2007.

In early 2009, the congregation pledged to retire its mortgage by 2013, a goal achieved sooner than expected on April 29, 2011. In 2014, Pastor Randy celebrated his fifteenth year as pastor at Messiah.

During this period, significant issues both within and external to the church have been felt. Whereas other Lutheran congregations experienced disconcerting turmoil as a result of these controversial, yet much-needed, reforms within the ELCA, Messiah weathered these changes with minimal discord and preserved its identity as a Christ-centered congregation.

Regrettably, this brief history speaks too much of buildings and events and too little about the diverse and dynamic people who comprise the membership at Messiah. Throughout, Messiah’s congregation has strived to fulfill its uniquely Lutheran mission, which today’s members pursue with the same zeal of the 179 who started the journey in 1983.

To paraphrase their resolve and ours: We at Messiah are the baptized people of God who have received the gift of grace through faith in Christ. We pledge ourselves to be an evangelical light, sharing the Gospel not merely among ourselves but with the human community at large, accepting everyone as having been made in the image of God. To this end, we covenant together as the living Body of Christ here at Messiah, joyfully offering our time, our talent, and our treasure as a Christian Community giving glory to our creator God.

OUR MISSION
Saved by the redeeming grace of God, Messiah Lutheran proclaims Christ crucified and risen through worship, service and love of neighbor. 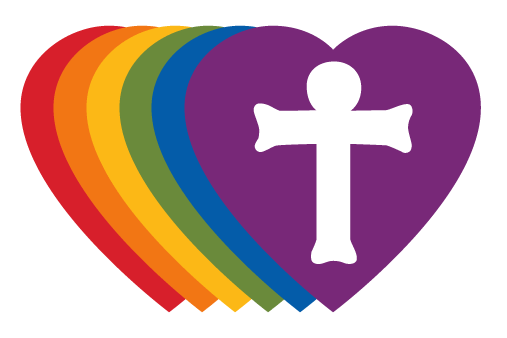